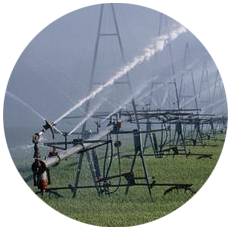 Welcome to Society for Fertilizers and Environment

The food grain production, following the green revolution in 1969-70, nearly doubled by the end of last century, but the annual increase in production during 1990s dropped to 1.5 %. The fact that the fertilizer was the key input in augmenting food grain production, in spite of the role of high yielding seeds, is evident from the increase in fertilizer (N+P+K) consumption from 1.98 Mt in 1969-70 to 18.07 Mt in 1999-00. Crop response to fertilizer application also showed declining trend when balanced fertilization has not been practised as evident from the observations collected from agricultural fields under rice-wheat cropping system The soils are also getting continuously depleted of secondary plant nutrients and micronutrients. Very recently, some areas of the Punjab has been earmarked as hotspots for environmental degradation of huge concern to everybody due to inorganic fertilizer abuse, rampant industrial growth, unscientific disposal of domestic effluents, etc. Similar reports are being continually reported from other areas of the country desperately looking for higher productivity. Nutrient management and environmental pollution, in particular, under inevitably fast change of the climate in diverse agro-ecosystems in the country throws up new challenges to the nutrient management scientists. Fertilizer technologists also have a significant role to play in view of large number of challenges to achieve higher nutrient use efficiency in spite of environmental degradation.

There was no forum of any sort to put across and exchange the views above until 2010. Necessity of such an association was felt by a few senior scientists and professionals mostly located in Kolkata and Delhi with its headquarters temporarily located at the Institute of Agricultural Science, University of Calcutta, and a charter of programmes was drawn through a one-day seminar held on 26 June 2010 in memory of Late Prof. N.P. Datta, the doyen in fertilizer chemistry and technology known all over the world, on the topic "Fertilizers & Environment". The seminar was organized at the University of Calcutta in active collaboration with the Departments of Agriculture and Environment & Pollution, Govt. of WB, ICAR institutes, SAUs, Fertilizer Association of India, Fertilizer technologists & industry representatives, KVKs, eminent scientists & scholars, NGOs, etc. drawn from all over the country to deliberate on the issues. Later a registered Society named as “Society for Fertilizers and Environment” was formed with effect from 20March, 2013 with its headquarters shifted to an independent location at 16, Ellora Road (Canal Road), Kolkata 700 075.

Go to the Gallery »
Top